The interesting history behind dog collars

Dog collars are a staple for any dog owner and today we are able to buy a variety of Designer Dog Collars for everyday wear and even those for special occasions such as when a dog plays a big part in its humans wedding day. But do you know where the humble dog collar first came from? 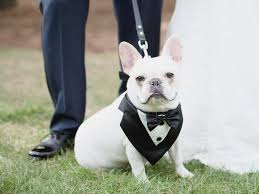 Domesticated dogs were used in the past for many different reasons, including for protection and even as bait. It is thought that Pharaohs and Kings and Queens were amongst the first people to use a form of dog collar and it was used as a way to identify their dogs from others and over time the collars became more and more luxurious.

Dog collars were also used as a way to restrain and train a dog as well as for status purposes. The Ancient Egyptians often used ornate collars as a way to symbolise the status of the dog and they even passed a law that protected dogs from being treated badly.

However, it was the people of Ancient Greece who used the dog collar for a much more practical use. Spikes were put on the outside of the dogs collars as a way of protecting them from being bitten around the neck by wolves that were roaming around the farms. It was from here that the dog collar continued to evolve.