Facts to know about the city of Gloucester 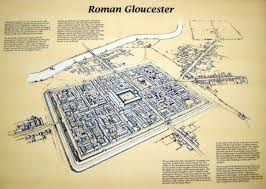 Gloucester is a city located along the River Severn just a short drive from the major areas of both Birmingham and Bristol. It is a popular destination for those looking for work and for places to live for both commuter belt houses and those searching for Park Homes Gloucester like http://www.parkhomelife.com/our-parks/orchard-park/ as a retirement option. Here are some interesting facts about the area.

Gloucester was once built on its sheep tyrade. Sheep wool was the main industry in the Glocestershirecounty and the ‘Cotswold Lion’ gave wol for over half of the total amount of cloth that was made in England. Following on from the First World War his breed went into decline and was classified as a rare breed, although numbers have since increased.

Gloucester and the surrounding areas have a strong Roman history and the remains of the great stronghold can be seen in the underground chambers on Eastgate Street. Up the road in Cirencester the Corinium Museum documents the area’s proud Roman heritage.

Gloucester also has a long history with aviation with the Gloster E28 being built by the Gloster Aircraft Company and having its test flight at theBrockworth airfield which has now been redesignated with a housing estate.