The Oxford shirt: where it originated and how to wear it 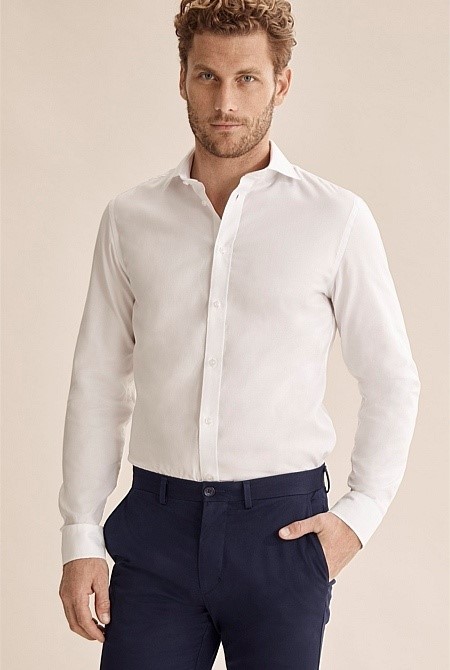 There cannot be too many examples of iconic fashion items that can trace their history from Scotland to India before finding a home on the east coast of the US, but the Oxford shirt is one of them. 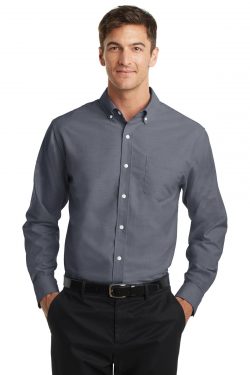 The story begins in Scotland in the 19th century, with four mills competing to come up with a new weave. They each produced a basketweave, which features two strands of weave. They named them after four famous universities: Oxford, Cambridge, Yale and Harvard. Only the former proved popular, with the remainder disappearing.

The breathability and comfort of the Oxford shirt meant it was adopted by sportsmen within the British Army stationed in India, particularly polo players. This was where the key aspect of the shirt’s design first appears: the attached collar. Polo players often pinned the collar to the shirt to prevent it from flapping against their faces during games.

Enter one of the great innovators of menswear and fashion, John E Brooks, who was the president of Brooks Brothers and the company founder’s grandson. On a business trip to the UK, he took a break to attend a polo game. Noting the design of the players’ shirts, he asked his designers to come up with their own version when he returned to the US.

Introduced in 1900, the shirt immediately became a hit, especially amongst young students at the Ivy League universities and later with politicians and movie stars as people rebelled against the strictures of starched collars.

How to wear an Oxford shirt

Today, the Oxford shirt is often paired with chinos or even formal shorts. For a really casual look, men can wear the shirt outside their trousers or shorts, but the Oxford shirt is nothing if not versatile. It can also be worn with a suit as more men go for a relaxed look and is popular amongst city workers once they have left their offices and discarded their ties.

Designers have latched on to the popularity of the shirt and you will find examples such as mens Ralph Lauren Oxford shirts at stockists such as EJ Menswear.

The Oxford shirt has certainly come a long way since its origins in a competitive market amongst weavers in Scotland. It is an example of a timeless look that manages to be both casual and sophisticated.