The Measles Vaccine in the UK

In the middle of the 20th Century, the first measles vaccine was added to the childhood vaccinations in the UK. Now, it is the norm for a child to receive this vaccine and measles is a disease that is rarely seen.

Far from being just some spots, this highly contagious illness would spread through populations quickly – young children, pregnant women, and people with compromised immune systems were the most at risk, but the illness could cause serious problems such as encephalitis and even death for many people.

However, in 1968, the first vaccinations started against the disease started up in the UK. This was down to years of research, thorough testing such as adaptive phase 1 studies, and a team of people working hard to achieve this. 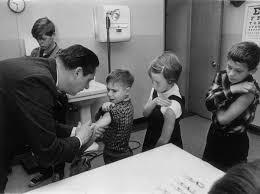 By the late 1980s, the MMR jab was then introduced. This protected people against measles, mumps and rubella, and was given to all children in the country.

Unfortunately, in 1998, Andrew Wakefield produced a study at the time stating that there was a link between this vaccine and autism. This meant that many parents, fearing for their children decided not to vaccinate their children.

Although this study has now been discredited, a lot of damage had been done, and by the start of the early 2000s, the people refusing the vaccine were the highest it had ever been – sadly this led to a rise in measles outbreaks and cases in the UK.

For now, though things look to be back on track, and in 2016 the UK was officially declared measles free.