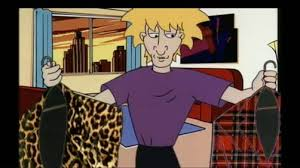 By the late eighties Rod Stewart had given up on trying to be a gravel throated Rockstar like he had been with the Faces. He decided to start singing “American classics” and generally toning down what he was doing. Evidence of this was his desire to record “the great American songbook” and even do a version of Waltzing Matilda. There are unconfirmed suggestions that this is why the Australian nation chose  “Advance Australia Fair” over it as the national anthem. 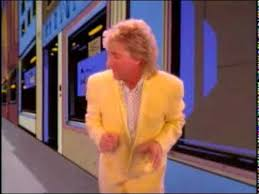 However, worse was to come. Rod decided that the 1990’s would be the decade where Motown was going to be big again so he immediately recorded the Motown Song linking up with The Temptations. The groundbreaking video utilises the cheapest CGI animation they could find and features Rod in a very bright yellow suit. Like a kind of wrinkled banana. Lucky for Rod the computer animated version is wrinkle free and he is forever young, again.

The most concerning part of the song is that Rod exhorts a friend to come over with their old motown records. Obviously Rod is such a big fan he doesn’t own any. He then suggests that they play the records at such loud decibels they will need to go on the roof of the building to hear it. A Roofing Cheltenham company will straight away tell you that is not a good idea. They will need to check the structure is safe. But what does he care, he’s Rod Stewart, he can do anything he wants.