The Reverend who loved the Railways 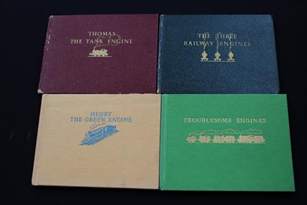 One of the most prolific and loved children’s authors was the Reverend Wilbert Awdry. He is the man who gave us the character of Thomas the Tank Engine and the Railway series. Born in rural Hampshire his family moved to Wiltshire near the site of the famous Box Tunnel on the Great Westeren Railway line. From here the young Awdry would watch the trains shooting to London and Plymouth passing through the great piece of Victorian engineering. It was on one of these occasions that he saw a little tank engine pushing a heavy locomotive and it’s carriages along to the tunnel up the steep incline to it’s entrance. It seems to him that as they whistled and tooted and steamed the 2 engines seemed to be speaking to each other in a code. At night he could hear from his bed the whistle of acknowledgement as the engines steamed past. The idea for Gordon the large express being helped by the older Edward came to his mind fully formed. 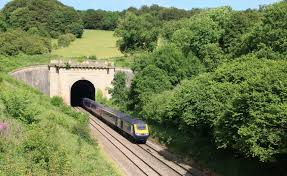 This was the first tale that he told to his son, Christopher as he suffered from a bout of measles. Awdry Senior was a minister in the Church of England at the time but he soon found that he had more tales to tell and started to become an author as well. Awdry made models for Christopher of Edward but, due to a lack of materials he could not build a Gordon. Instead he built a little Tank engine and named it Thomas.

Awdry retired to the beautiful village of Rodborough in Gloucestershire, forever in love with the West country, where he lived out the rest of his life. As many residents of Park Homes Gloucester will attest he made the right choice to stay. Why not have a look at some Park homes in Gloucester to see what we mean.