How the high street is adapting to the demand for plant-based eating?

In recent years, there has been a growing interest in vegetarian, vegan, and plant-based diets. In response to the growing customer demand, many major brands and high street chains have expanded their range of products and menus. We take a close look at exactly how big food retailers and restaurants are adapting to the demand, and explore some of the exciting innovations and changes on offer on the high street. 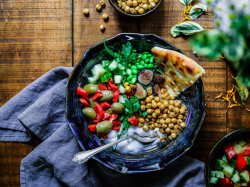 This year, a record number of people have signed up to take part in Veganuary, the annual challenge encouraging people to follow a vegan diet for the month of January. The number has been growing significantly every year, and in fact, the number this year is double that of 2020. Major food retailers simply can’t ignore these figures so it’s no wonder that some of the big names on the high street have put significant effort this year into catering for a meat-free or vegan diet.

All of the major supermarkets have added more vegetarian, vegan, and plant-based products to their product ranges this year. Considerable effort has been put in by retailers to launch advertising campaigns with food PR marketing to let customers know that they are catering for those partaking in Veganuary. Iceland has launched its long-awaited frozen Greggs vegan range, including the famous sausage roll. Marks and Spencer have continued to expand their popular Plant Kitchen range with, among other offerings, their New York-Style No-Salt-Beef Pretzel Roll, which offers customers a tasty meat-free lunch option. Asda, Sainsbury’s, Morrisons, Aldi, Tesco, and others have followed suit with a wealth of new vegan options including meat-free roasting joints, coconut-based cheeses, and vegan pain au chocolat. 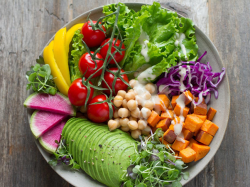 Big-name takeaways and restaurants have responded to the demand to provide healthier, plant-based, and vegan options for customers, making it easy for those who want to pick up a quick and easy vegan meal. There has been considerable media interest following Food PR campaigns to launch options such as Starbuck’s Breakfast Sandwich with established vegan brand Beyond Meat. Pret a Manger is adding an impressive nine vegan options to their menu, including the Meatless Meatball Hot Wrap, Subway is launching its vegan T.L.C. (Tastes Like Chicken) Sub, and KFC are bringing back their meat-free option of a Quorn fillet with Colonel’s Original Recipe coating. As well as adding to their popular meat-free options, Wagamama has also announced an impressive commitment to ensure that by the end of this year, 50% of their main menu will be meat-free.

The major food retailers and well-known restaurant chains have really upped their game to adapt to customers changing eating habits. Anyone partaking in Veganuary this year certainly won’t have been going short of options from the high street, and with so many tempting and delicious offerings available, it’s likely to increase the general appeal of a meat-free, vegan or plant-based diet.